Are Boiling Water Taps Safe? 3 Things You Should Know 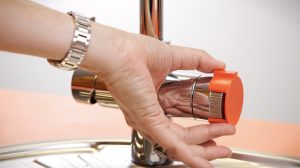 The simple, red safety clip used by QETTLE boiling water taps provides visual, as well as practical safety, whilst the handle lock gives secondary reassurance. A small button on the tap’s boiling/filtered water handle must be pressed down at the same time as the handle is turned clockwise. Only then can boiling water be dispensed. It’s a well-thought out design that makes the tap safe, without compromising on the simplicity of its operation.

So, are Boiling Water Taps Safe? 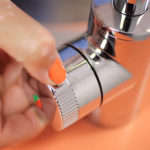 So, in conclusion, do your homework, keep safety at the forefront of your boiling water tap research and you shouldn’t go far wrong. But for ease of reference, let’s summarize the essentials –