Boiling water taps – what you need to know before you buy

Boiling water taps – what you need to know before you buy 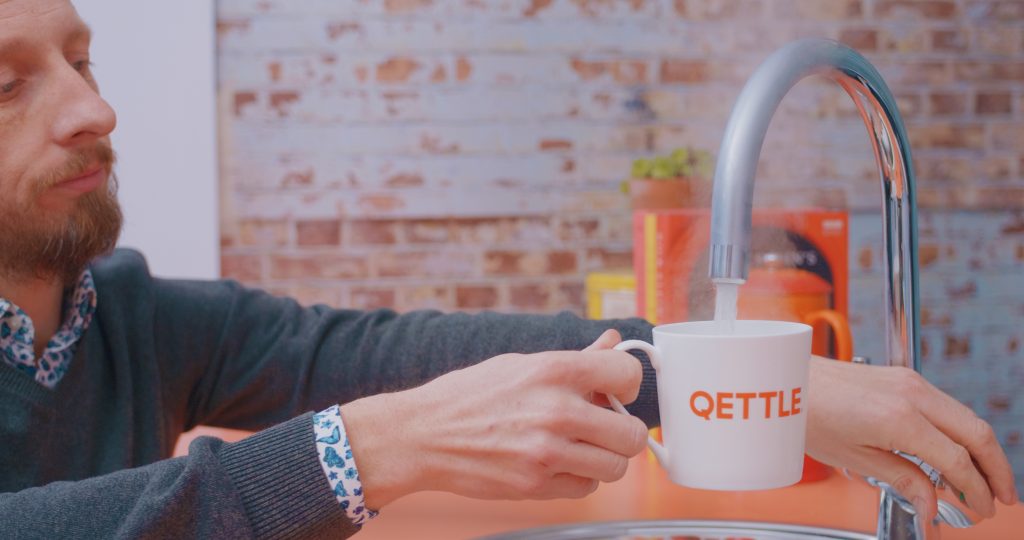 If you’ve just started shopping around for a boiling water tap, you could be forgiven for feeling confused! What was once a niche, expensive product is now a kitchen must-have. And there are so many brands and designs to choose from that it can feel difficult to know where to start. So we asked QETTLE, the UK’s leading manufacturer of boiling water taps to explain the difference between a boiling water tap and an instant hot water tap.

And it turns out that the difference boils down to around 5-10°C. As we all know, boiling water is 100°C – and this is what a truly boiling water tap should give you.

But unfortunately, the majority of so-called boiling water taps don’t quite hit one hundred. In fact, it’s much more likely to be a temperature ranging from the high 80s to the mid 90s. Which is sort of okay, but really no good if you want to make a proper cuppa.

Likewise, less than properly boiling water won’t dissolve some instant drink or sauce granules. That posh tin of instant espresso? Nope, it won’t want to know. Anyone for a half-dissolved, lumpy cup-a-soup? Er, no thanks, if it’s all the same to you.  Anything less than boiling water is a bit underwhelming for degreasing messy baking tins and trays. Why not just run your normal hot tap? And you certainly wouldn’t be able to use ‘near’ boiling water for say, making bottles of baby milk. So the message is clear. Scroll down, read the small print and check that when the manufacturer says the tap is boiling, it really does mean boiling.

What should I expect from the flow and functionality of a true boiling water tap?

The flow from a truly boiling water tap might well be a little different to what your initial expectations. Or, you might have seen or used an instant hot water tap in your workplace, or a friend’s home, and expect the flow to be similar. But, as we now understand, not all boiling water taps are equal – and neither is flow.

To see a true boiling water tap in action, we suggest viewing QETTLE’s handy video. It also helps to consider the noise and appearance of water that has just boiled in your kettle – there’s steam, perhaps the odd water droplet. Now imagine that water emerging from a tap’s spout. You’re definitely going to see steam and hear some noises worthy of your favourite coffee shop. But that’s entirely normal. And what you’re seeing and hearing is the difference between properly boiling and a temperature that could be up to 10 degrees below boiling.

QETTLE’s Dan Hobday says “Even 5 degrees can make a real difference to how the flow of water behaves. At boiling, the flow will be energetic; you’ll see and hear the steam and know you’ll be getting a proper cuppa. But at a lower temperature, the flow will be calmer. Which is okay, but of course, it’s not properly boiling – and so negates the many reasons for having a boiling water tap.”

How will my home’s water pressure affect my boiling water tap?

The average UK home has water pressure of 3 bar. But it can vary, so it’s also important to understand that a lower or higher water pressure might affect the appearance of your tap’s boiling water. QETTLE says you should have a minimum of 1.5 bar pressure on both your hot and cold water.

If you are at the lower end of the pressure scale, be prepared for your boiling water tap’s flow to appear and sound as though it is working a little harder. But it shouldn’t affect its functionality. Again, we’d suggest having a quick watch of QETTLE’s helpful ‘flow and functionality’ video so you can see for yourself how having slightly lower water pressure impacts the flow of boiling water.

Water pressure higher than 3 bar shouldn’t be a problem. You’ll simply see a more concentrated flow of boiling water. But take care if your water pressure exceeds 5 bar. You will need to fit an accessory called a pressure reducing valve. For more in-depth help on water pressure and plumbing systems, this video is really worth a watch.

What’s the best way to use my boiling water tap?

When you’re using your boiling water tap to fill something, it’s always best to bring the mug, jug or saucepan up to the tap. This way, with the tap’s spout contained inside whatever it is you’re filling, you’ll contain any little splashes. It’s commonsense really, and a method that you’ll find you instantly adopt once your boiling water tap is up and running. Don’t forget to leave your tap’s safety clip in place if you have younger or vulnerable users.